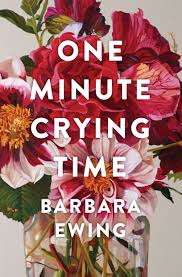 Celebrated New Zealand novelist and actress Barbara Ewing has embarked on the fascinating journey of something different:  her memoirs, covering the first part of her childhood and youth in Wellington, New Zealand’s capital city.  As a twelve-year-old she started keeping a diary, a tiny Collins one to begin with, hardly big enough to contain all the exciting events happening to our sleepy little country at that time - the ascent of Everest by Kiwi Edmund Hilary (the boundless pride we felt as a nation!);  the 1953 Royal Tour by our newly crowned Queen Elizabeth II and her consort Prince Philip (could we believe our eyes?  HER MAJESTY THE QUEEN WAS REALLY HERE!  ON NZ SOIL!!).  And the terrible Christmas Eve tragedy of the Tangiwai train crash in the middle of the North Island, where the Express fell from a weakened bridge into a flooded river, with multiple casualties.

Her Majesty gave her deepest condolences in her Commonwealth Message, and Barbara’s diary entry says what a horrible Christmas some people must be having.

And Barbara starts having so much to say that she switches to proper notebooks, recording her many fights with her mother about the direction she should travel in life, for Barbara’s mum knows  disappointment – considered to have a genius IQ she was enrolled in university as a 15 year-old, studying Science and Mathematics, only to have a complete breakdown which resulted in her becoming a typist.  Barbara has to do better, has to be more focused, but is allowed to attend prestigious acting classes given by illustrious German actress Mme Maria Dronke, a wartime refugee from Hitler’s Germany.

These classes in themselves are a revelation, revealing new worlds of poetry and literature which Barbara soaks up a sponge, but it is not until she starts university, and decides that one of her subjects will be the Maori Language, that real opposition from her mother begins, and all the latent, everyday racism that no-one registers is revealed (in the windows of lodging-houses, signs saying NO CHILDREN, MAORIS OR DOGS.)

Worse is to come when Barbara falls in love with Mikaere, a boy in her language class;  both painfully aware that their romance has no future, they are unable to stay away from each other, until career choices and voyages to distant countries (in Barbara’s case, a government bursary to the Royal Academy of Dramatic Art in London) decide their fates for them.

At this point – 1962 – Ms Ewing’s wonderful reminiscences end, but her starkly honest account of our country’s insularity and refusal, for decades, to welcome or acknowledge any diversity of race or language must be called to account:  I look forward to Book Two.  FIVE STARS